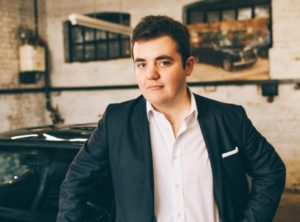 We’ve heard it time and time again, and yet time and time again, it goes into one ear and out the other – age is nothing but a number. That has never proven to be truer than in the case of Ollie Forsyth, the boy who didn’t let dyslexia or school bullies stop him from starting his own business at the tender age of 13.

By now, you’ve probably read about a million eye-opening success stories of people who never predicted that they would garner the success they did while scrolling through your Facebook homepage, but have you ever considered what you (and your child) could learn from a teen who was running a business while his friends were worried about passing the pop quiz?

You’d think that someone like Ollie, a young boy who took a risk that people twice his age are too afraid to take, would be some supernatural prodigy who graduated much earlier than his peers with flying colors.

However, this is not the case, as he makes it very clear that he left school at the age of 16 with zero qualifications. That’s right, zero.

If you or your child is still attached to this outdated yet long-lived mindset of “If I don’t ace this exam, my life is over!”, think again! Yes, good grades will boost your confidence, will indicate a good ability to learn and will come to your aid in university applications, but despite all this, they do not guarantee success.

In fact, as we all know, some of the most successful and influential people today didn’t even complete their education and they’re not doing too bad! Now, I know some of you might be thinking, “But this group of highly successful people who built their brands from nothing are outliers! They are such a small percentage of the population.”

The problem is that every single one of us has the power and ideas to make this percentage much larger, but because of doubt and fear, we consider people who turn their visions into reality ‘heroes’. Don’t make the same mistake with your children, and encourage their creative sides instead of extinguishing them, as they could be the next Ollie Forsyth!

See pain as a push, and not as a poison.

Speaking about fear and doubt, we’ve all had those moments – when someone says something unnecessarily negative about us, and somehow we accept their comments about us as the absolute truth, as if these people are in a better position than us to dictate our strengths and weaknesses.

If Ollie Forsyth had believed his bullies who criticized him for being different, called him a nobody and told him that he’d never succeed in life, well, he would have ended up exactly that. Instead of allowing himself to succumb to their censure, he used it to fuel his spark for entrepreneurship, which eventually erupted into flames!

When somebody throws belittling comments at us that make us feel less than we are, it’s easy to believe them and stop believing in ourselves. So in turn, we never take risks, fear being different from everyone else, and end up in jobs we hate that barely pay us enough to cover rent! Eighty-five percent of workers worldwide admit to hating their jobs when surveyed anonymously according to a poll released in 2017, and I’m sure now you can gauge why.

Painful discouragement is going to come from left, right and centre and it will try to convince you to be safe and ordinary. But you wanna know how to be really successful? No one ever got extraordinary success by being ordinary.

The online world is your biggest tool.

Hate it or love it, no one can deny that social media and e-commerce are quickly taking over the world, if it hasn’t already. The truth is, you can have the most ingenius business venture idea, have all your finances and resources in check and be the best entrepreneur this world has to offer, but if you haven’t found some way to incorporate social networking into your business, it will never reach it’s full potential.

Ollie’s first official step into entrepreneurship was an online gift boutique called Ollie’s Shop that sold gifts such as leather belts and wallets for teens and their parents. According to him, the shop has been making sales from day one and in the first six months alone, he had made a profit of 2,500 pounds (about 4527 SGD!). That is definitely not the kind of money he would’ve made if he had just sold his gifts in his local neighbourhood.

New studies projected that e-commerce businesses should anticipate a 265% growth rate, from $1.3 trillion in 2014 to $4.9 trillion in 2021. This shows a future of steady upward trend with no signs of decline. So, take advantage of the powerful networking instrument that is social media, and advertise, branch out and sell! 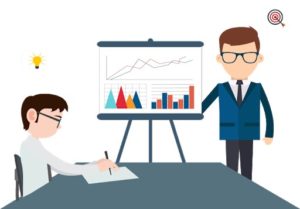 Whether you’re 15 or 50, there is no shame in having someone to look up to, especially when it comes to business. Besides, what better place to learn about something than through a person who has had experience with it first-hand?

Ollie suggests that all kids, especially teen entrepreneurs, to talk about their hopes, dreams and challenges with successful adults they trust and admire. He himself was inspired and reassured of his passions when watching Virgin Airlines founder, Richard Brandon, turn his ‘disadvantages’ (for Branson also had dyslexia) into an advantage.

If you aren’t too sure about who you want to be like as a successful person, just look to YouTube, again as a way of making use of your online resources, and you’ll find more help than you could ever ask for!

NOW is never too early!

Of course it would be a little farfetched to tell you to get up off your seat right now and declare that you’re starting a business tomorrow, because preparation takes time! However, no one ever said it was too early to start doing more research and channeling your energy into what you’re most passionate about.

Ollie was just 13 years old when he took his passions to the next level by opening up his shop, so none of us have any excuses. Whether you dream of becoming an entrepreneur like Ollie, or are interested in working for someone else,

knowing how to manage your finances is something that is key to success. Do you think Ollie would be where he was today without proper financial education?

That’s why the work we do here at MoneyTree is so important to us. By providing the best financial education to children in as many places as we possibly can, we hope to develop their financial literacy and better able them to reach their full potential and succeed in the business world, while still giving them opportunities to express their creative sides and have fun!

Becoming happily successful will not happen by doubting yourself, never taking action and relying on how well you can memorise textbook information. It will come when you stop making excuses, remember your passions and get educated on the stuff that matters – like money management and financial literacy!

Now go forth and succeed!